What is a union? 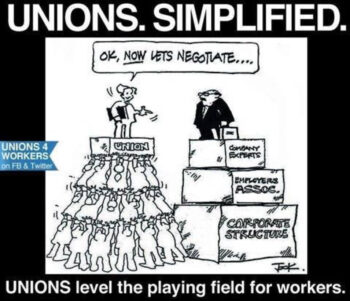 Sometimes called a “labor union” or a “trade union,” a union is a legally sanctioned “association of workers in a trade, group of trades, or profession, formed to protect and further their rights and interests.”  — The OED online, last visited July 26, 2017, avaible at https://en.oxforddictionaries.com/definition/trade_union.

Would a union really help me or my co-workers?

A:Absolutely!  By uniting with Local 251, you will have a collective bargaining agreement (a labor contract) with your employer that focuses upon matters important to you and your co-workers, like:

America’s middle class built itself by unionization in the decades after World War II, but, over the latter part of the 20th century and early 21st, union membership has steeply declined.  This was due to intentional, well-orchestrated attacks upon workers’ rights by big corporations and their Super PACs, and it has created a complete reversal of income distribution favoring only the very richest among us.  Our economy has been reverted to pre-Great Depression inequality.  That wasn’t by accident or coincidence. 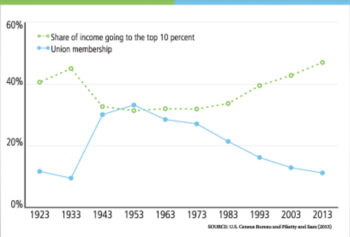 The good news is that we can fix this exactly how we fixed it 80 years ago — by unionizing!  Union employees work together to bring their concerns, needs, and issues before their employer and by demanding improvements.

Collectively your unionized voice will be far, far stronger than any solitary worker’s voice could ever be.  We know it, becasue we are living it everyday.  Our Members have the the highest wages for our job categories in the entire state.  No wonder our members stay at our job sites for life! 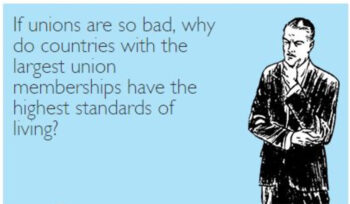 The Office and Professional Employees International Union was chartered in 1945 with over 110,000 members worldwide, so Local 251 is a part of one of the larger unions of the AFL-CIO.  OPEIU members work in many settings as varied as banking and credit unions, insurance, higher education, shipping, hospitals, nursing homes, medical clinics, social services, utilities, transportation, manufacturing, hotels, offices, and more.  Our diversity of mostly white collar industries makes us one of the leading labor organizations for the 21st century economy.

Are we allowed to discuss our union at work? 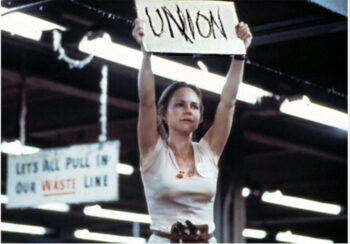 A:It is illegal for your supervisor or boss to ask you about your union activity or to threaten, harass, fire, discipline, or discriminate against you for joining us.  A federal law, known as the National Labor Relations Act, protects workers trying to join a union.  But you don’t have to take our word for it… 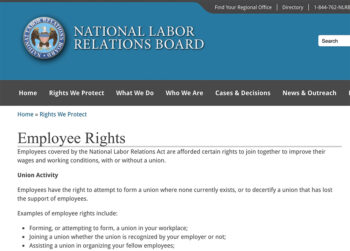 The above image is the “Employee Rights” page on the website of the National Labor Relations Board (NLRB), an agency of the United States Government that investigates, tries, and convicts corporations for labor law violations in this country.  If your company breaks federal law, our Union will be there to support you and report it to the NLRB for prosecution. 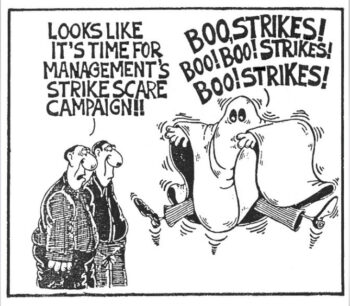 Some employers will try to scare workers into opposing unionization with strike talk.  In reality, strikes are extremely rare.  We settle over 99% of our contract negotiations without our members even voting on whether to strike.  That’s right — the only way there can ever be a strike is if you, the members working there, vote for one.  Under our Union Constitution, OPEIU union leaders can’t “call a strike” nor can union members from other workplaces.  Only the employees where you work can make that decision. 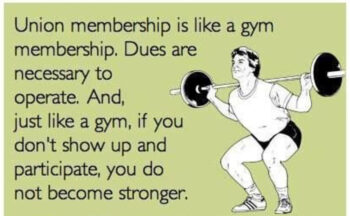 Newly organized members pay $0 initiation fee, and you never pay ANY dues until you vote to ratify your first contract.  That way you can see the results of negotiations with your employer before paying dues to Local 251.  We are a 501(c)(5) not-for-profit, so all money collected must go to:

Dues money is NEVER spent on politics or to support/oppose candidates for office; doing so is a violation of federal law.

We set our own Local’s dues annually, right here in Albuquerque.  Our dues are only $38 per month.

Not only do union workers command more respect and have a voice on the job, they also get better wages and benefits.